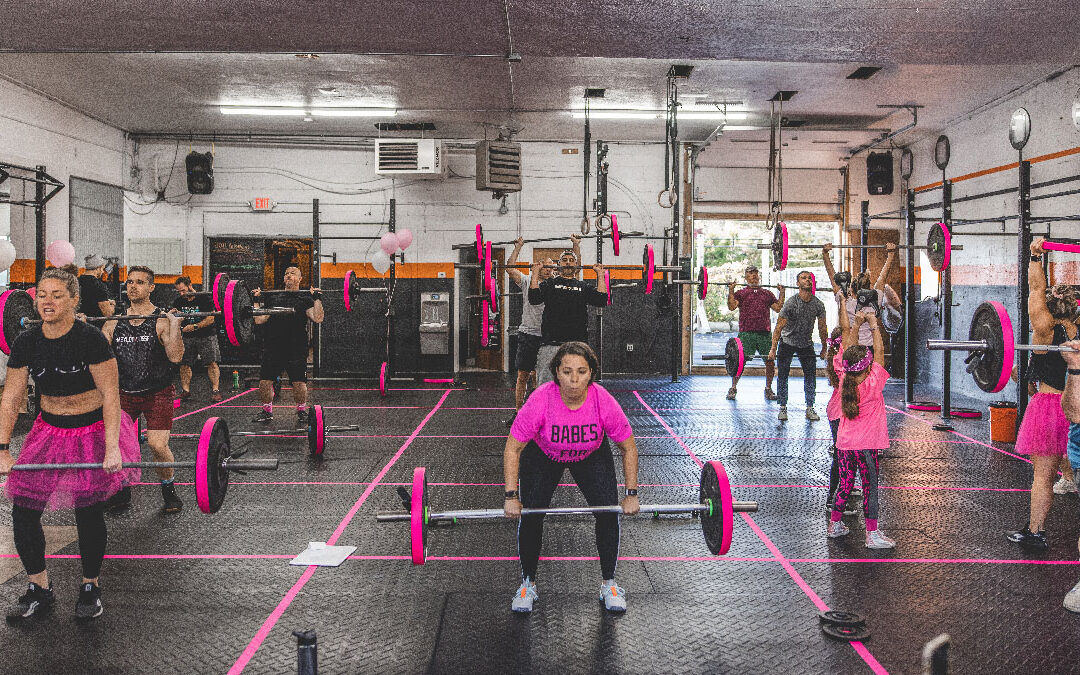 Trish Evangelista, the owner of Babylon CrossFit in Long Island, NY was struck by a startling statistic: One in eight women are affected by breast cancer.

“And there isn’t enough information out there for survivors, so many women don’t realize they even can get back to fitness after cancer,” she said.

This thought led Evangelista to reach out to Barbells for Boobs this fall to find out more information about how her affiliate could participate in October’s Global Grace fundraising event to raise money for those going through, and survivors of, breast cancer.

Not only did her affiliate participate, but 70 people in her community did Grace two Saturdays ago and raised $12,000 through donations.

“We even had kids participating doing Grace. They did ground to overheads with a kettlebell or a plate,” Evangelista said.

Remind me: Barbells for Boobs, a charity founded by long-time CrossFit athlete Zionna Hanson in 2009 that provides support and education to incorporate physical activity for breast cancer risk reduction, treatment and survivorship. In the last 12 years, the CrossFit community has raised more than $20 million for the non-profit, mostly through hosting competition fundraisers featuring the classic CrossFit workout Grace—30 clean and jerks for time.

One big thing: The Babylon community likely wouldn’t have been able to gain as much momentum as they did in their first year participating in Global Grace had it not been for the fact that two Barbells for Boobs coaches paid a visit to their affiliate on October 6, Evangelista explained.

Just the beginning: After this year’s success, Envangelista intends to make Global Grace an annual event at her gym, the ultimate goal being to raise more and more money each year for the disease that affects so many.

Donations to Babylon CrossFit’s Barbells for Boobs fundraiser can be made until the end of 2021.

Read the original article on Morning Chalk Up.