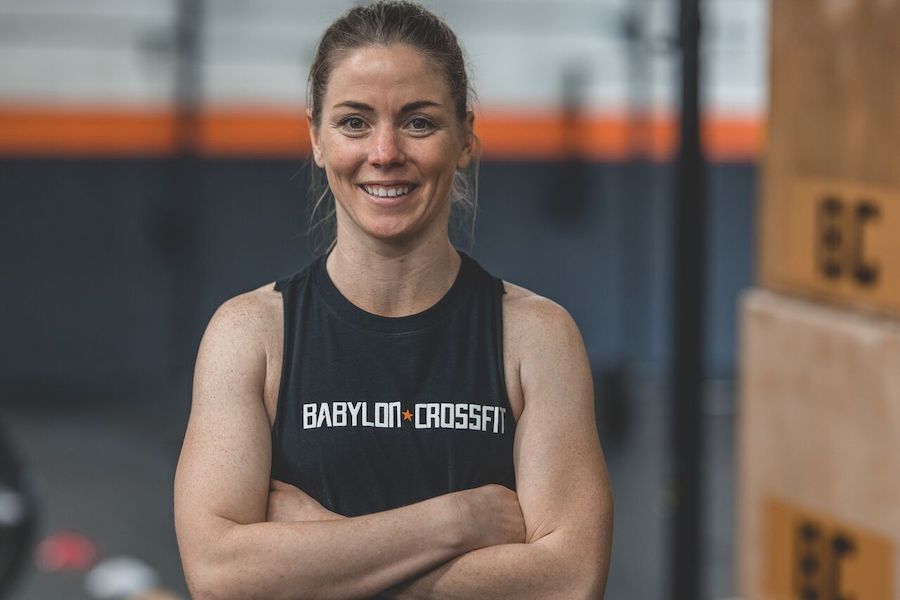 During her time as a Ram, between 2006-09, she served as a captain for three years and broke the school’s record for career assists with 35.

She also helped lead her team to a Skyline Championship in 2007, the first in the program’s history.

But after she graduated college, something was amiss.

“I didn’t know how to maintain my fitness level after college,” said the Massapequa Park native.

She was coaching youth soccer at the time and one of the athlete’s parents recommended CrossFit.

“I tried it and got hooked right away,” she told GreaterBabylon.

Then in the October of 2019, she said everything fell into her lap when Babylon CrossFit went up for sale. She quickly jumped on the chance to be the new owner.

“The first four months have been unreal, to say the least,” said Evangelista in a prior interview with GreaterBabylon back in February 2020.

“We want to help eliminate plastic water bottles,” she said.

Then the pandemic hit. Her gym was closed for months.

But that didn’t stifle her. Once she was able to reopen up, she did while following proper state guidelines.

Among the first orders of business when she reopened was to honor fallen local hero, U.S. Navy SEAL LT Michael Murphy, with his Murph Challenge.

The CrossFit challenge was created by Murphy, a Patchogue native, who was killed in battle.

Babylon CrossFit was supposed to have the event in May during Memorial Day, but COVID-19 pushed the event later to this past November.

Read how the day went by clicking here.