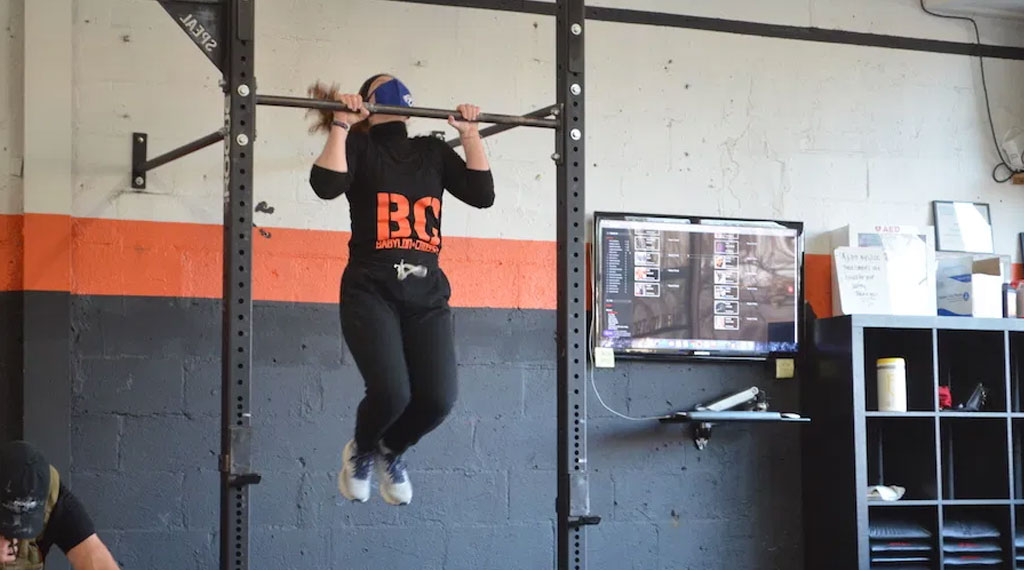 This is The Murph Challenge.

The Murph Challenge is what dozens of Babylon CrossFit participants accomplished on Saturday morning in honor of fallen U.S. Navy SEAL LT Michael Murphy — who was killed in battle.

Michael Murphy, a Patchogue-Medford High School graduate, was awarded the Medal of Honor for his heroic actions during the War in Afghanistan.
The hero is also honored every year by the CrossFit community — around the U.S. — with his workout.

Babylon CrossFit was supposed to have the event back in May during Memorial Day, but COVID-19 pushed the event later.

Daniel Murphy, the father of the war hero, said his son originally called the workout “Body Armor” and he performed the workout at least once or twice a week.

The average time to complete the workout is around 50 minutes, Daniel said.

Michael usually completed it within 34 minutes — his best time is around 28 minutes.
“That is not to make you feel bad,” Daniel joked with the participants. “He was a real athlete.”

Daniel wished the participants luck with the challenge and thanked Babylon CrossFit for holding the event.

“The people who are doing it are reminding people of our first responders out there, whether they are military, police, firemen, who are out there every day protecting us, and if they think about that I think that is what Michael’s best legacy is.”

Read the original article on GreaterLongIsland.com